It seems like a lie that so many people and time were taken up with the medical interview, and all the staff are happy.

It seems like a lie that so many people and hours were taken up by the medical interview, and all the staff are happy! We interviewed Dr. Masahiro Segoe, the director of the clinic, about the background of the introduction of the Melp web-based medical questionnaire system and how it is uniquely utilized. 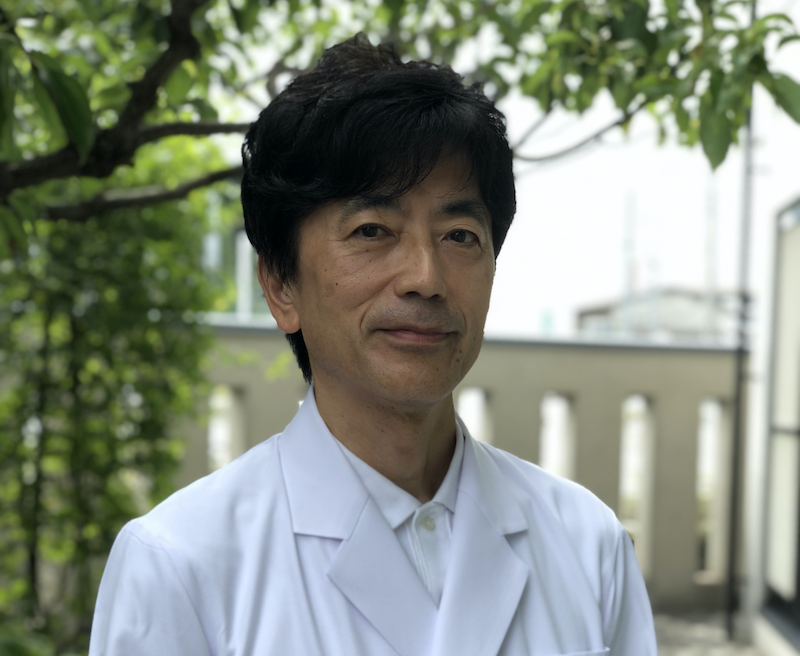 We have decided to introduce electronic medical records after 24 years of ENT practice.

The main reason is to simplify the work of the receptionist.

The receptionist searches the patient's name and ID on the computer, takes out the paper medical record, stamps the date, enters the examination, treatment, and IV into the computer, pastes the test results, and puts the medical record back in the cabinet in order of the patient's name. I wanted to eliminate the very complicated and time-consuming work. In addition, I had to work overtime every day and stay late at the end of the month to receive the receipts.

There was one more thing that we wanted to improve before introducing the system. It takes a lot of time and manpower to conduct medical interviews.

In the case of our hospital, nurses used to interview patients in the waiting room, but there were many who could not stop talking or could not get to the point, and it was very time-consuming to look up oral medications in a book and write them on a photocopied prescription.

That's when I came across Merp's web-based questionnaire.

I was so impressed when I saw the web-based medical questionnaire that worked on my smartphone, and I was astonished, not exaggerating, that this was exactly what I was looking for.

What surprised me when I actually started using the system was that patients would send me medical questionnaires on their smartphones with almost no resistance.

The most important part of the operation is how to create the medical questionnaire.

Through trial and error, we had to figure out how much to ask, what was unnecessary, and how to make it look less complicated on the electronic medical record.

What surprised me when we actually started using the system was that patients sent their medical questionnaires via smartphone with almost no resistance.

Almost 80% or 90% of the patients use their own smartphones, and in the case of elderly patients, the attendant will send in the questionnaire, and for those who come alone and are not used to it, the nurse will do the web questionnaire while listening to their stories on the iPad.

The clerk checks the medical questionnaire in advance, and if there is anything missing, the nurse will go and ask.

The function to freely customize the medical questionnaire is useful

The feature that I like the most is the ability to display the medical questionnaire in text format.

Also, I was convinced by the patient's response.

"When I used to listen to the questionnaire in the waiting room, people around me would ask me why I came to the hospital, but with the web-based questionnaire, I can maintain my privacy. The response was a pleasant surprise.

There was a lot I didn't understand at first, but the follow-up was excellent, and they responded to my questions immediately and were surprisingly quick when I suggested improvements.

It seems like a lie that so many people and time were spent on the medical interview, and all the staff are happy.

I think this is a revolutionary system and there is a lot of potential for development, so I would like to help as much as I can to make it an even better web-based medical interview system. .

Here is the interview with the nurse.

- Thank you very much for taking the time to respond to my question, even though it was during a break in the clinic. Quickly, how many elderly people come to the hospital in total?

About 30-40% of the total. For about half of them, it is difficult for them to fill out the web questionnaire by themselves, so we (nurses) accompany them to the hospital.

That's a much higher percentage than I had imagined. Incidentally, how do you check if the patients are able to fill out the web medical questionnaire by themselves?

How is the confirmation process? In the case of paper questionnaires, I don't think there was any confirmation work involved.

It was not as burdensome as we had expected. "Some people were reluctant to ask, "Do you have a smartphone? It was not as much of a burden as I expected. It's not a hassle because you can ask and get an immediate response.

Does it still depend on the age of the patient whether they can fill out the web-based questionnaire or not?

When a nurse accompanies the patient to input data, does it slow down other operations?

In our hospital, we rotate our duties by time zone.

Thank you very much for taking time out of your busy schedule to participate in this interview.

After installing Melp, I no longer have to write SOAP's S!